Together towards global carbon neutrality

For 10 years, SLB Group has been working to develop projects that promote the sequestration of greenhouse gas emissions.

We have been developing innovative afforestation programs in southern Brazil under the Econologic Program® brand for over 10 years. These programs contribute to global carbon neutrality by

Since the industrial revolution, human activities have caused an increase in greenhouse gas (GHG) emissions. Because of GHGs, the atmosphere retains more heat which inevitably leads to a global warming whose consequences are already disastrous for ecosystems and biodiversity. According to the IPCC, if nothing is done, by 2030 certain areas of the planet will become unliveable.

A major objective: to achieve carbon neutrality on a global scale
Carbon neutrality is defined as a balance between GHG emission sources and carbon sinks. The Paris Agreement has set the goal of achieving global carbon neutrality by 2050. This must become a priority for companies if we want to limit the increase in temperatures.

The approach to adopt for a company: the carbon contribution 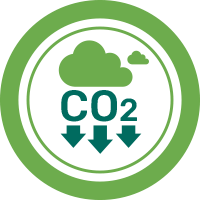 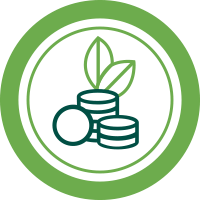 At the same time, contributing to carbon reduction and/or sequestration projects, of a part of the amount of emissions that cannot be reduced immediately. Today, every company must contribute to the collective effort to achieve global carbon neutrality. The idea is not to "cancel its GHG emissions", but to implement a strategy in accordance with the goal of global carbon neutrality by financing positive projects for the environment. In addition to being a climate emergency, this environmental contribution is a strong and essential commitment for a company.

Our afforestation programs in Brazil

SLB sequesters CO2 from the atmosphere by creating natural carbon sinks, thus offering companies the opportunity to voluntarily contribute to the goal of global carbon neutrality.
In addition to carbon sequestration, our Group is implementing many other commitments that can be leveraged by the companies that join our programs. 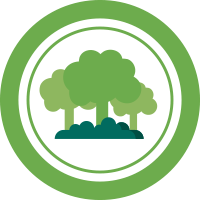 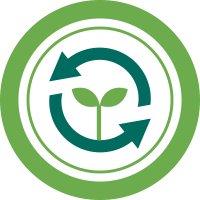 long growth cycles of 20 years allowing the land to recover, as opposed to the traditional 7-year cycles 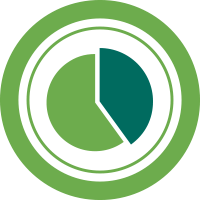 40% of the land in the programs is reserved for native forest, allowing local biodiversity (fauna, flora) regeneration. 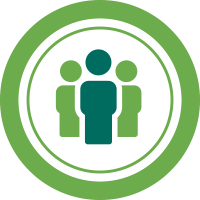 The Kinomé company measured the social impact of the SLB Group in Brazil, and carried out a progress plan with indicators to follow to improve the working conditions of local communities.

Our carbon units available for sale 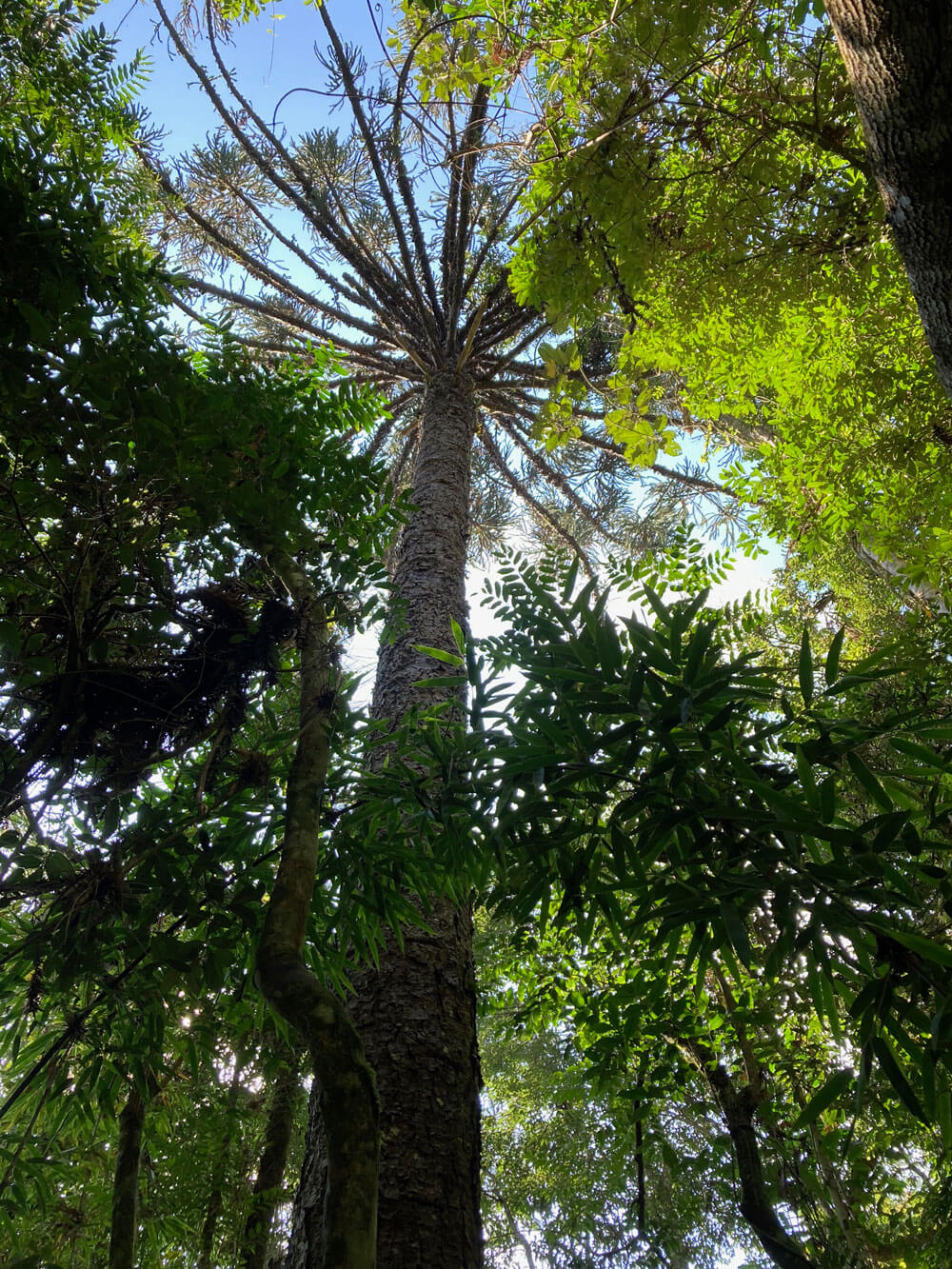 In 2021, our programs were analyzed and selected by the SWEEP.net platform, the first online steering tool enabling companies to mobilize employees, partners and suppliers around the issue of carbon emissions. Find our verified, unique and fully transparent carbon units on the Sweep catalog.

This partnership with Sweep offers our Group a new opportunity to contribute positively to the future of our planet. SLB is thus in a position to offer concrete and innovative solutions to companies wishing to take environmental initiatives to achieve the objectives of global carbon neutrality. 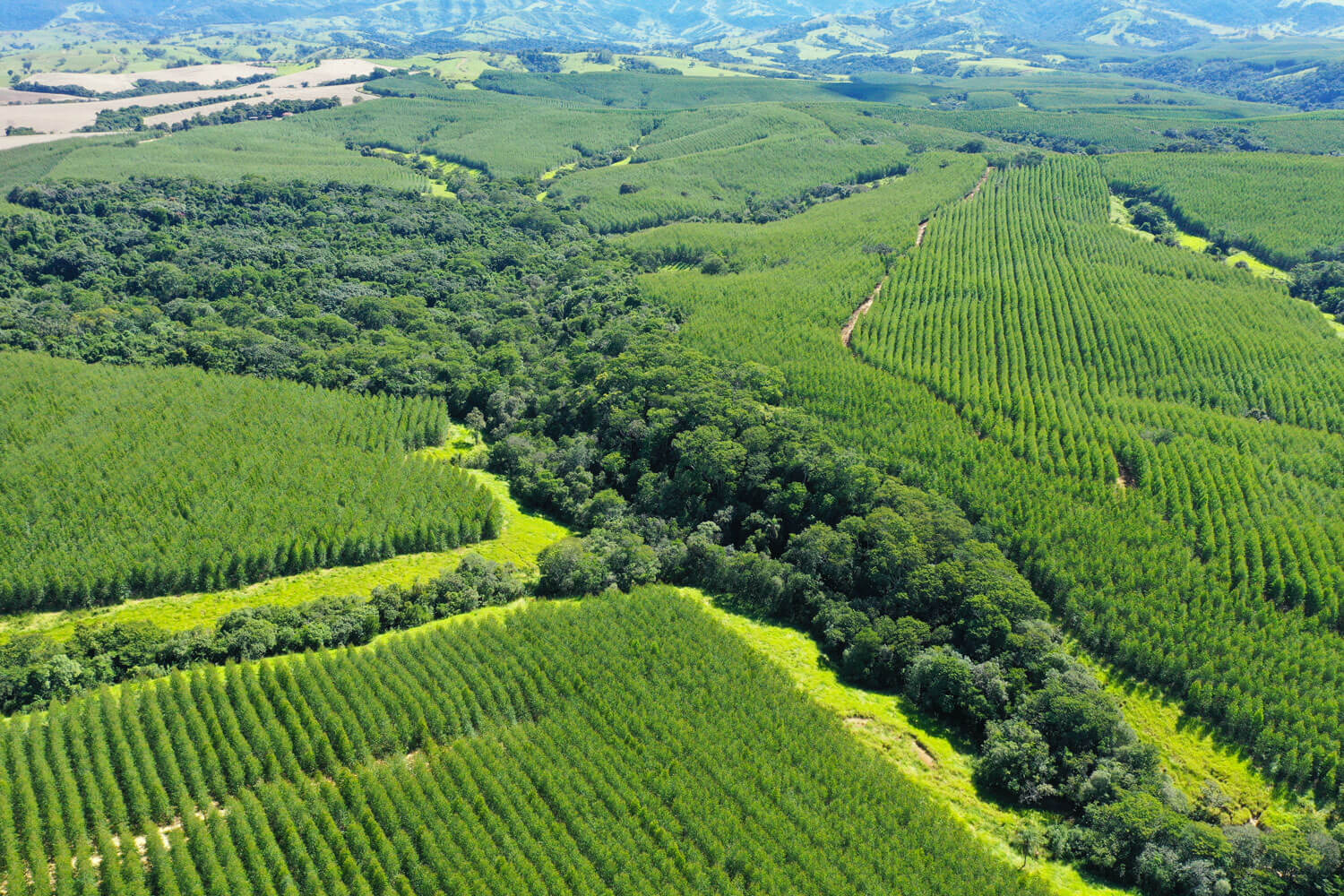 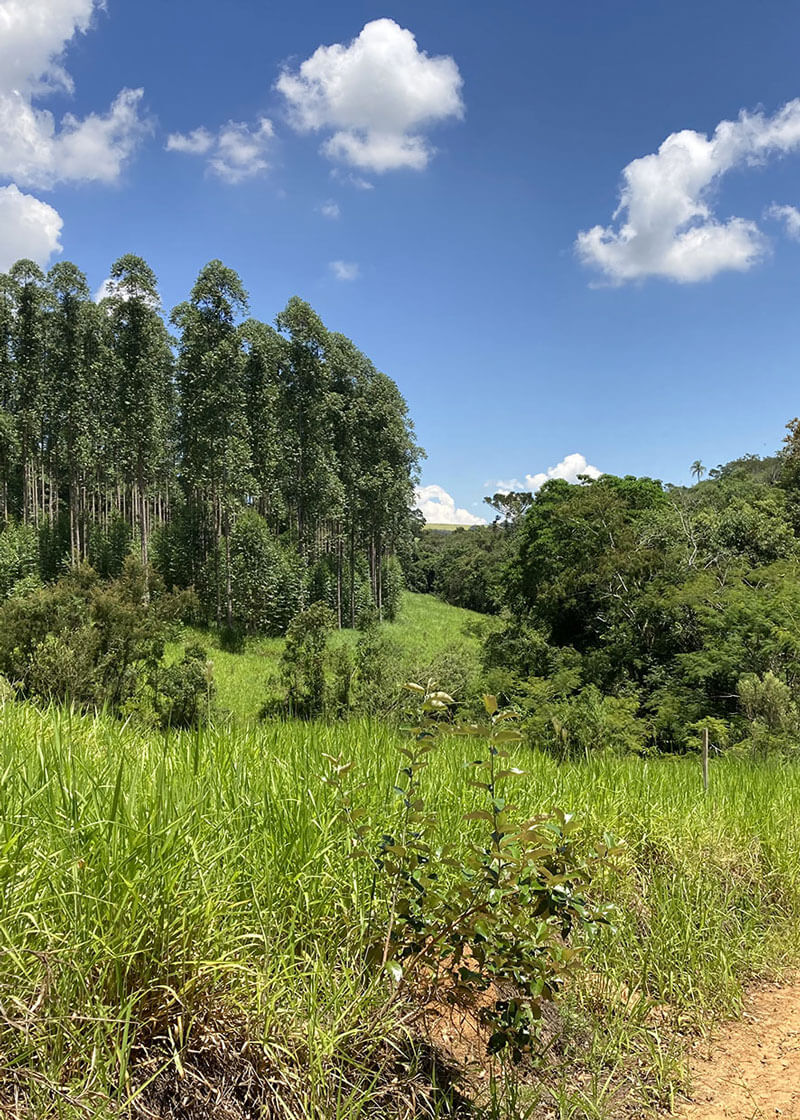 The Marambaia farm and the native forest in osmosis

Paraná pine (Araucaria Angustifolia), emblematic of the Southern region, present in the native forest of our Cristal farm. 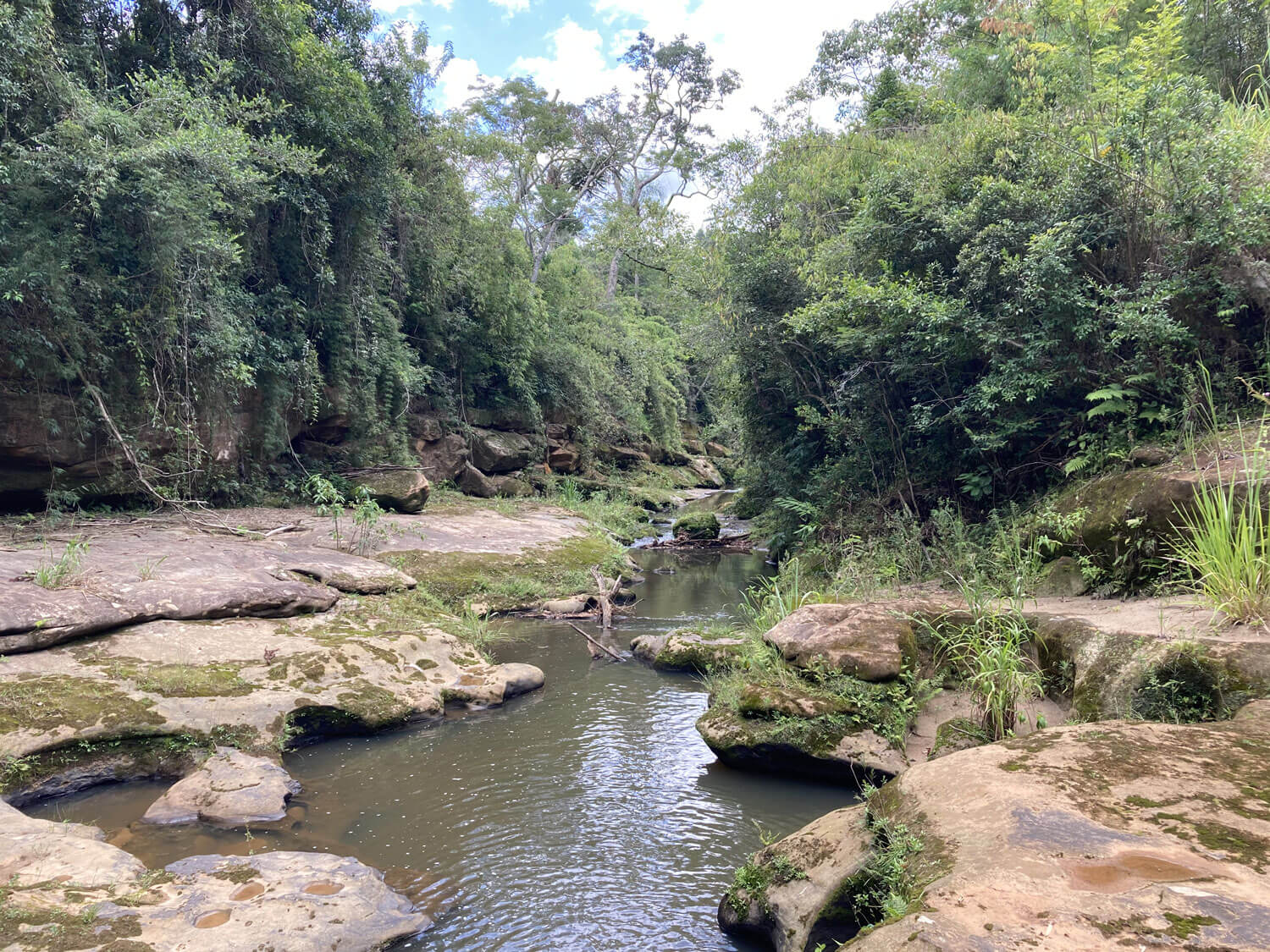 Native forest of Paraná in one of our farms 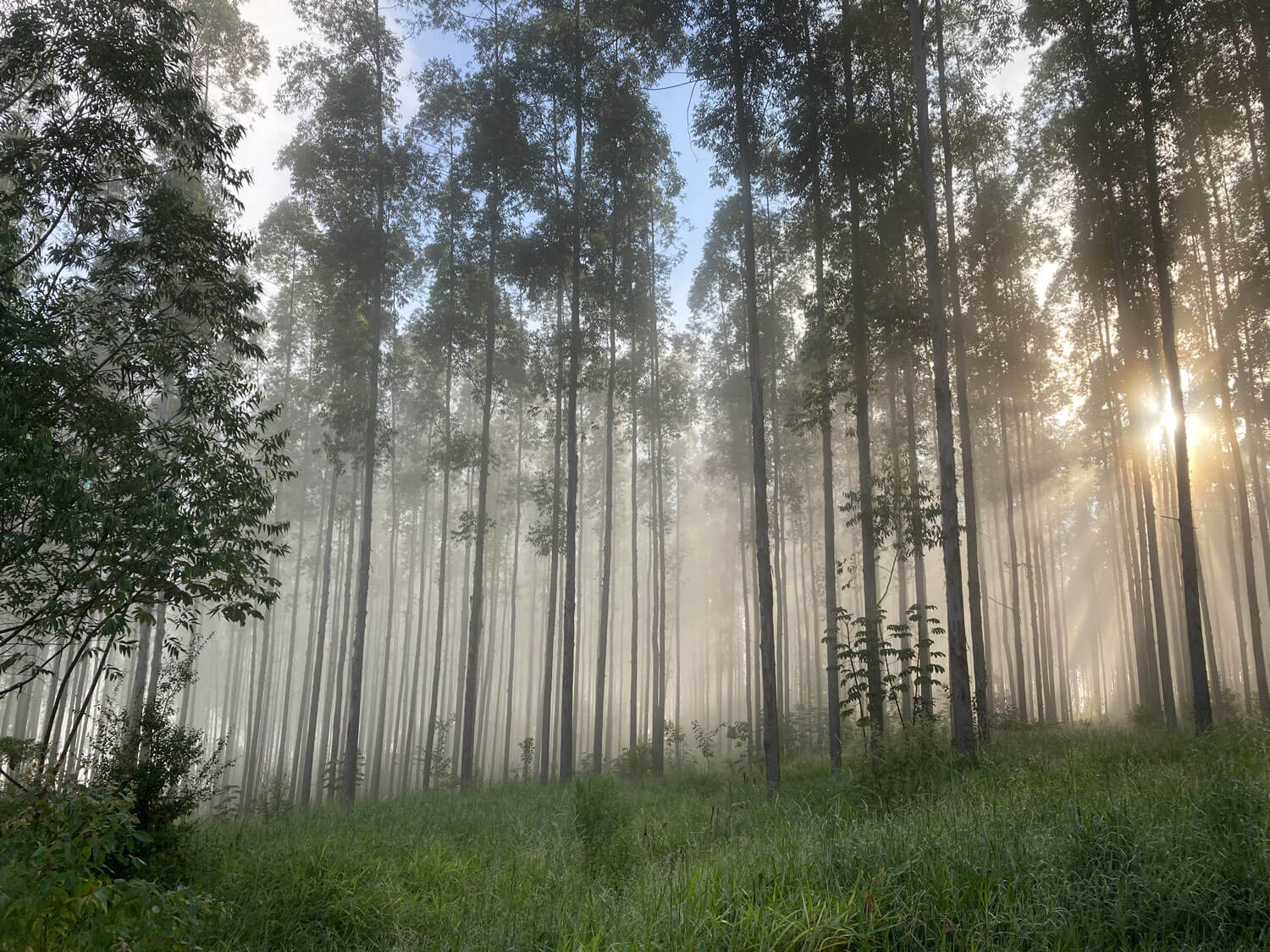 Planted forest of our Cristal farm in the morning mis

By continuing your visit to this site, you accept the use of cookies for the purpose of gathering anonymous statistics. You can change your mind and alter your choices at any time.

I accept Personalise Find out more

Functional cookies enable the site to function properly, especially when saving your choices or submitting a form.

By authorising these third-party services, you accept cookies being placed and read on your device in order to analyse your browsing and allow us to measure our website audience.