Conference on deforestation in Amazonia

On 24 November 2020, the France-Amériques association organised a conference in which Stéphane Ledentu, CEO of SLB Group, took part.

On 24 November 2020, the France-Amériques association organised a conference on the theme "Deforestation in the Amazon: myths and realities", in which Stéphane Ledentu, President of the SLB Group, took part.

The Amazon has been the subject of much attention for several years. Between myths and realities, it is difficult to distinguish between them. Is it really the lung of the planet? What are Europe and other countries importing Amazonian agricultural products doing to limit deforestation? Can we envisage one day a "global" political and financial will to promote the conservation of the Amazonian forest?

In the presence of quality speakers :

Stéphane Ledentu gave his testimony on our afforestation work in Brazil. As a player in the industrial planting of fast-growing trees, the SLB group intends to offer an alternative to deforestation. The FSC® certification and the establishment on land degraded by intensive agriculture provide guarantees on the means implemented and the expected results.

Many thanks to Geneviève des Rivières, President of the Institut France-Amérique latine et Caraïbes, who led the debate and invited us to participate. 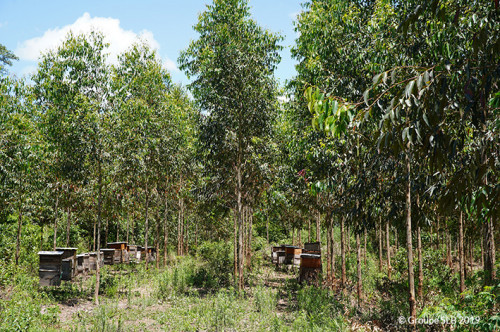